Elementary Friends use Lemonade Stand to Raise $2,767 for Children’s Hospital and Inspire a Community

When Bailey, a 10-year-old at Maple Grove Elementary School, and Clare, a six-year-old from Winterset, found out that the 2019 RAGBRAI route from Winterset to Indianola went right by Clare’s driveway they went to work planning a lemonade stand to quench thirst and support a worthy cause close to their hearts.

Clare had two cousins who were born prematurely with a very rare, genetic disease and both spent many weeks after birth in the neonatal intensive care unit at the UI Stead Family Children’s Hospital. Bailey’s cousin underwent surgery and 28 rounds of chemotherapy at the hospital for his treatment of Ewing’s Sarcoma, a very rare form of cancer that causes tumors to grow on the bones and soft tissue.

The day of RAGBRAI, big brother Kaeden Davidson and younger brother Shane Frels helped the girls set up their stand with coffee, lemonade, treats and the most coveted destination, port-a-potties. Instead of charging for the refreshments they asked riders for a donation to the children’s hospital.  After six hours, many refills and hundreds of visitors, they raised $700 from riders who were inspired after seeing children working to do their part to make a positive difference in the life of others.

News of their success quickly spread among family friends, eventually making it’s way to Mary Ferentz, wife of UI head football coach Kirk Ferentz. Mary was moved by the desire the young girls had to help others and invited them to attend a UI football game and to tour the children’s hospital on September 7, 2019.

Leading up to the game, the girls believed they could do more. For Bailey’s 10th birthday in August instead of gifts, she asked her family and friends to donate $10 to help her meet a new goal of $1,000. She not only meet that goal but also inspired Clare’s dad to do the same for his birthday, raising an additional $300.

As neighbors, friends, and family members continued to learn about the lemonade stand, it inspired others to give and support their cause. On September 7, Bailey and Clare, with their brothers at their side, presented a check to the UI Stead Family Children’s Hospital for $2,767 to support the Pediatric Oncology and Neonatal Intensive Care Unit (NICU) departments that saved all three of their cousins who are now doing ding well and thriving thanks in part by the care and treatment they received while at the children’s hospital.

Bailey, Clare, Kaeden, and Shane are each making a difference in the world through their selfless acts of kindness. We can’t wait to see what they do next.

Thank you for making a difference. 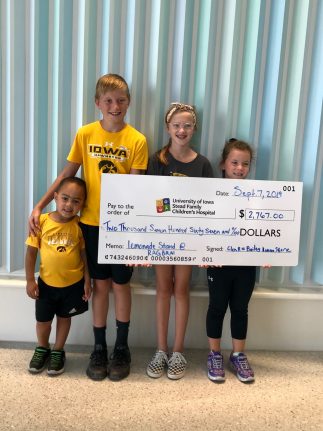 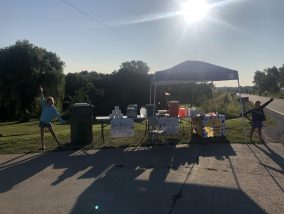 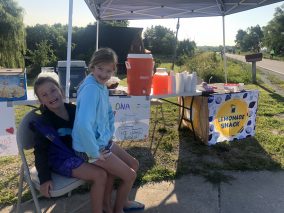 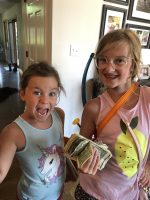 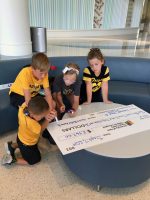 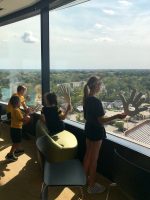